Last year Texas expanded ignition interlock access for all DWI offenders. That move allowed more people the chance to legally drive after a drunk driving conviction. Despite the expansion, there’s still plenty of problems on the roads, especially when it comes to Austin DWI numbers. 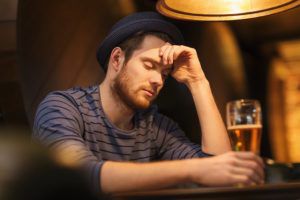 Four people were killed by an Austin DWI driver in 2014 during the SXSW festival. The public outcry was deafening, and the entrance of Uber/Lyft into the city seemed to reduce drunk driving significantly. The number of Austin DWI arrests has increased since May 2016. Some believe it is because Uber/Lyft are no longer in the picture, while some numbers indicate drunk driving has been slowly rising since 2015 across the U.S.

If Austin DWI numbers are rising like those across the U.S., the reason could be the same: not enough enforcement of ignition interlock laws.  DWI offenders with high numbers of convictions are guaranteed to have an ignition interlock requirement, but many still manage to still drink and drive. As effective as the devices are proving to be, like the latest research that indicates interlocks reduce DWI fatalities by seven percent, they can’t do their job if they’re not being used.

Granted, not all DWI offenders in Texas have mandatory interlock requirements. The expansion allowed first-time offenders who would normally have to wait out a license suspension opt for the device instead. Offenders with a mandatory requirement who either refuse to install the device or otherwise circumvent the process may need to be monitored more closely for compliance… to make sure they’re not illegally driving, potentially while intoxicated.

Austin, TX, may have rising DWI numbers, but that can be quickly remedied with a few simple tips. Don’t drink and drive, don’t let your friends drive while intoxicated and support ignition interlock compliance efforts in the city and across the state.