How You Scored a Colorado DUI — And What to Expect

You are here: Home / Laws / How You Scored a Colorado DUI — And What to Expect
January 23, 2018 by Editorial Staff 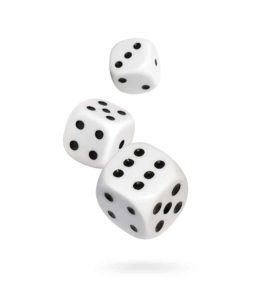 Some of country’s most beautiful sights are in Colorado. With activities such as hiking and skiing available all year, Colorado is a huge draw for tourists. The state also has many breweries and vineyards to tour and explore. To be safe, regardless of whether you call Colorado home or you’re just visiting, you should be aware of the various ways you can be charged with a Colorado DUI.

Colorado has two different charges that can be levied against you: a DUI or a DWAI. A DWAI (Driving While Ability Impaired) occurs when your BAC (blood alcohol concentration) is .05% or higher but under .08% and you are obviously driving impaired. Like all states, a Colorado DUI charge occurs when your BAC is .08% or above. However, if your BAC is .17% or higher, it will be considered an aggravating circumstance and will result in enhanced penalties.

You can also receive a Colorado DUI if you’re underage. The state enforces the zero-tolerance rule, which means that any driver under 21 with a BAC of .02% – .05% can be charged with an Underage Drinking and Driving infraction. If your BAC is above .05, underage or not you’ll be charged to the full letter of the law under the traditional Colorado DUI or DWAI laws for offenders that are of age. Also, CDL drivers if caught driving under the influence will be charged with a Colorado DUI if their BAC is .04% as mandated by federal law.

If you are charged with a Colorado DUI, the next steps you take are crucial. Colorado DUI and DWAI penalties are harsh, and they will prosecute you to the fullest extent of the law. Having a professional on your side to help get the job done and avoid things like jail time or excessive time using an ignition interlock device is the best plan for mitigating the effects that a Colorado DUI will have on your life.

The Many Roads to an Arizona DUI
Next Post: There is More than One Way to Illinois DUI Yourself