I Just Got My First Illinois DUI 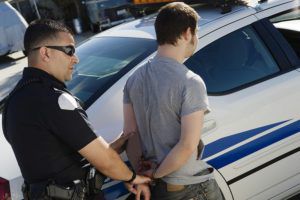 A simple, first-offense Illinois DUI is estimated to cost at least $16,000. That means no injury, property damage or death occurred and no children were present during the drunk driving incident. Those costs don’t include lost wages, attorney fees, education or substance abuse programs. Comparing that to the $20 taxi or Uber ride home, it makes more sense to be safe when drinking. But not everyone has gotten the message.

With an Illinois DUI, you can also expect the following:

Administrative/DMV penalties, like a six-month license suspension (MDDP eligibility on day 31). There is also a 12-month suspension for refusing police breathalyzer test and an ignition interlock requirement to help to restore driving privileges before suspension period ends.

Judicial and/or criminal penalties like a year in jail and a class A misdemeanor, as well as fines up to $2,500, court costs, substance abuse evaluation program costs and more.

Illinois has no lookback period, so an Illinois DUI conviction stays on your record forever and it is never erased or expunged from your record. Any subsequent Illinois DUI convictions will only increase the entire cost of the incident, and you will have a longer stay in jail as well have a lengthy ignition interlock requirement. In some cases, you may also be subjected to home monitoring of your alcohol consumption.

There’s really no reason or excuse for a first-offense Illinois DUI, the good news is that the worst of it is over. You have a chance to move on with your life, as long as you satisfy all of the requirements of the court. On top of paying for your mistake financially, there may be a few other consequences, like community service or DUI school. At the end of the ordeal you’ll be able to drive again, knowing the right choices to make if you’re ever in a position of driving yourself home after drinking.