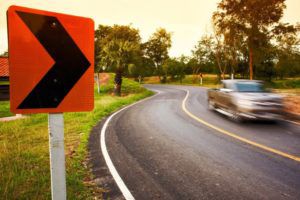 Virginia has long since been an all-offender ignition interlock state. Between the mandatory Virginia Alcohol Safety Action Program (VASAP), camera-equipped ignition interlock devices and supervising federal DUI offenders, the commitment to sober streets in the Commonwealth is obvious. It is no wonder that we are seeing the results of such dedication to safe driving, with cities like Roanoke giving us the statistics needed to show other states just how to win the DUI fight.

In the five years since Virginia adopted all-offender ignition interlock policies, Roanoke DUI arrests have dropped by almost half, from 474 in 2012 to 265 in 2016. Virginia ignition interlock policies require cameras attached to the devices to ensure the person behind the wheel is the one submitting breath samples into the device. Rolling retests, or those that occur while the vehicle is in motion, are also relied upon to ensure driver compliance with the interlock requirement.

Virginia defines a DUI, or driving under the influence, with the same guidelines as the rest of the U.S. A blood alcohol concentration (BAC) level of .08 percent establishes legal grounds for an arrest and/or conviction. A lower BAC level can also be used as evidence in a DUI arrest if there is other evidence of impaired driving. In addition to an ignition interlock requirement and supervision through VASAP, a DUI offender can expect court costs and fines, possible community service and jail time.

Across Virginia, ignition interlock devices and a host of other consequences for drunk driving are increasing safety on the roads. Through better awareness of the penalties for drunk driving, and the dangers to ourselves, loved ones, and other on those roads, we can continue to drop those numbers. If having the frustration of an interlock is too much for you to handle, imagine how much worse it could be and then commit to never driving if you have been drinking.

Missouri Underage Drinking is No Game on Campus
Next Post: Counting Your Colorado Ignition Interlock Violations