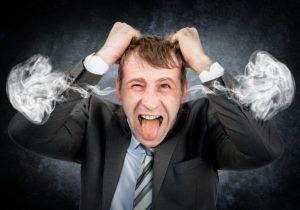 There’s a certain level of obvious aversion to anything that restricts our freedom. Like an ignition interlock device after a DUI. The whole process of acceptance of a DUI mistake can take time, and even after the court costs are paid and community service has ended, there’s still that matter of the interlock. It’s a reminder of the bad judgment, demanding proof each time you start your car that you’re sober. For those reasons and many others, a lot of people feel that interlocks don’t work, or that they cannot effectively stop determined drunk drivers – those who need to be stopped the most.

However, study after study shows that ignition interlock devices are preventing more drunk driving attempts than ever. Recently, MADD released a decades-long study that shows 2.3 million attempts to drive under the influence of alcohol were thwarted by the devices in the U.S. More than that, however, is the fact that those 2.3 million attempts were at the legal, per se blood alcohol concentration (BAC) limit for DUI – .08 percent. An ignition interlock device is typically calibrated to prevent a driver from operating a vehicle if their BAC tests between .02 – .03 percent.

The CDC reports that ignition interlocks: reduce repeat DUI offenses by about 70 percent while they are installed. The devices lower repeat offenses by 32 percent after they are removed, and have prevented over $900,000 in DUI crash-related costs. There aren’t any studies that prove the devices don’t work, just assumptions and aversions to their use.

Ignition interlock devices work when they are installed and used correctly, and they continue to provide a layer of protection once removed from a vehicle. While nobody may look forward to having an interlock on their vehicle, the benefit to others on the road along with the offender’s ability to maintain their freedom after a DUI makes it a compromise worth considering.