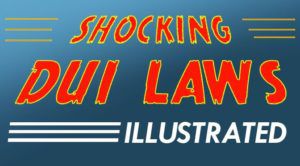 We tend to overthink DUI laws way too much. Often we see editorials or overhear discussions about the best way to punish drunk drivers, most of which scream that they should have the book thrown at them or they should rot in jail. While it is normal to have such a passionate reaction, those sentiments aren’t necessarily helpful. What does help, however, is everyone working together to pass DUI laws which increase public safety, rather than laws that are punitive for the sake of being punitive.

Ignition interlock devices allow offenders to get their lives back together, increasing the odds of a favorable outcome versus incarceration.

As we see, perhaps more and more through the lens of social media, there is power in a community that works together. If the problem with strict DUI laws is that they don’t address the underlying causes of drunk driving (beyond a night of poor judgment), then those laws can actually backfire. People turn to alcohol and other substances to relieve stress or cope with anxiety or depression. When there’s a shock to the system, like a DUI, those tendencies can increase drastically, resulting in more drunk driving. Rehabilitative consequences, such as interlocks, assist offenders in understanding their role in their DUI, and how to make positive changes to prevent further incidents.

A recent article compiles statistics that show stricter DUI laws don’t necessarily translate into fewer drunk driving fatalities and other problems. Changing the attitude toward drunk driving, however, can make all the difference:

“So, it would seem, strict state DUI laws are not reliably associated with low fatal DUI crash rates. Indeed, according to one study, a state’s decision to establish new DUI laws isn’t related to the number of deaths drunk driving is associated with or even the political leanings of the state’s government. Rather, the factors most likely to lead a state to adopt new DUI policies were large populations of young people and neighboring states with similar driving laws.”

What does work to reduce the number of DUIs is when we all work together to show a united front against the problem, not just punishing offenders. When all we want are safe streets, then we need to use the power of our voices, collectively, to make positive changes. That includes ignition interlock laws, which have been proven to reduce drunk driving and help offenders make positive changes in their own lives.