I’m in Texas, and I Failed an Ignition Interlock Blow

You are here: Home / Resources / I’m in Texas, and I Failed an Ignition Interlock Blow
May 4, 2015 by Editorial Staff 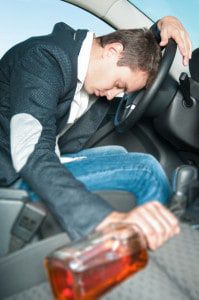 Moving beyond a DWI conviction in Texas takes time and effort, especially if you’ve been ordered to install and use a car breathalyzer or ignition interlock device. The devices require that you “blow” a breath sample each time you start your car, as well as while you are driving in order to test your blood alcohol concentration (BAC). If a BAC of .03 percent or higher is detected, that interlock blow is a fail, and while you don’t need to panic (even if you’ve been drinking), you do need to know what to do next.

If you fail an interlock blow in Texas, you’re given a few more chances to prove you are sober before your ignition interlock goes into “lockout” mode. Most of the time, a failed interlock test is the result of mouthwash or other substances still detectable in your breath sample, which is why at the next prompt, you’ll likely be able to start your car and drive as planned. It is important that if you fail an interlock blow, and you have not been drinking alcohol, that you DO test again in order to show that you were not attempting to drink and drive. The data will be recorded either way and having a test that proves your sobriety after a failed interlock blow is much easier to explain to the court than just giving up and walking away.

On the other hand, if you have been drinking alcohol when you fail an interlock blow in Texas, your best bet is to turn off your engine and forego further testing until you have sobered up. Too many test failures could lead to further consequences, like an extension of your ignition interlock requirement, or even being removed from the program entirely. Nobody in Texas wants you to fail an ignition interlock “blow,” or lose out after all of the time and effort you’ve put into your rehabilitation. Stay sober when driving, and if you fail your test, be responsible, and find a different way home.

Are There Breathalyzer Kits for Cars?
Next Post: You Can Expunge Your West Virginia DUI