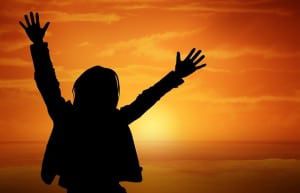 If you have a DUI and you live in Alameda, Los Angeles, Sacramento, or Tulare Counties in California, you also have a car breathalyzer or ignition interlock requirement. It may not be what you expected when you were planning your evening with friends, but after driving under the influence you still have a chance to keep your life moving along just like before. You just have to keep your ignition interlock in mind from that point forward. That’s pretty easy!

Fortunately, states like California offer financial assistance for low-income residents with an ignition interlock requirement.  For instance, if your income is:

The remaining cost is paid by your ignition interlock service provider! All you have to do verify your income through paycheck stubs (three months’ worth) or your federal income tax returns, and you are good to go!

For most DUI offenders an ignition interlock device is a second chance at life after a conviction, especially since driving legally becomes an option again. In Alameda, Los Angeles, Sacramento, or Tulare Counties in California, when you have a mandatory ignition interlock requirement, but you may not feel you can afford it, you have options to help you jump that hurdle and get your life back on track after a DUI.

Do I Have to Install an Ignition Interlock in VA?
Next Post: DWI Proof: 6 Things to Do Besides Drink and Drive