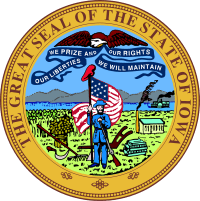 Earlier this week, the Iowa Senate passed a bill that will entice first-time drunk driving offenders to install an ignition interlock device by reducing their fines for committing the offense, as reported by Radio Iowa. The bill targets first-time DUI offenders who were caught driving drunk but who did not damage property or injure anyone as a result.

Under current Iowa drunk driving laws, such DUI offenders who also voluntarily submit to a breath or blood test and have a blood alcohol content (BAC) below 0.10 are not required to install the device. Interlocks are only required for repeat offenders and any drunk driver who causes property damage or injury to another person.

Recognizing how effective ignition interlocks are at preventing repeat offenses and reducing drunk driving fatalities but not wanting first-time offenders to see interlocks as a punishment rather than the helpful tool that they are, Iowa lawmakers designed the bill so that interlock installation would be voluntary. To encourage first-time DUI offenders to install the device, their fines will be cut in half. The offenders will also be able to continue driving in lieu of a 6-month driver’s license suspension.

According to bill supporter Senator Chris Brase, Mothers Against Drunk Driving (MADD) also supports the bill because interlock installation allows DUI offenders to remain productive citizens and helps reduce drunk driving and repeat offenses. While the state could certainly benefit from requiring interlocks for all drunk driving offenders, this legislation is a step in the right direction.