You are here: Home / News / Is Your Virginia Camera-equipped Ignition Interlock Compliant?
August 10, 2016 by Editorial Staff 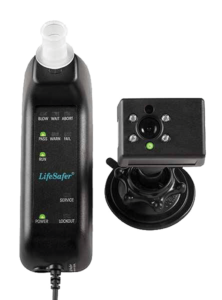 We all read the headlines about a person asking a friend to blow into their interlock. Even the movie The 40-year Old Virgin shows characters acting out that scenario. A camera-equipped ignition interlock device prevents that from happening by snapping a photo or producing video evidence that the person blowing into the interlock is the same person who is driving the vehicle… and that they are sober while doing so.

If you have a DUI in Virginia, then you must comply with the new guidelines.

Whether through the mail or at your last ignition interlock service appointment, you were notified directly of the new requirement. As the Commonwealth has historically taken drunk driving seriously and has relied on the safety of interlocks for all convicted drunk drivers, it is vital that you upgrade your device to a camera-equipped ignition interlock as soon as possible, if you haven’t already done so. Violations and further consequences will occur if you are not compliant with the new guidelines.

With the camera and video capability, it is certain that you (or the person driving) is submitting the breath sample required. The camera-equipped devices work just as their predecessors do, measuring your breath sample for alcohol and allowing you to drive if there’s no evidence you’ve been drinking. The biggest difference is that those who may try to fool the interlock are caught on camera, with more consequences ahead on their road to recovery.

Previous Post: « That Oklahoma DUI and Your Hardship License
Next Post: Can a Child Blow into a Car Breathalyzer? »