You are here: Home / General Information / That Oklahoma DUI and Your Hardship License 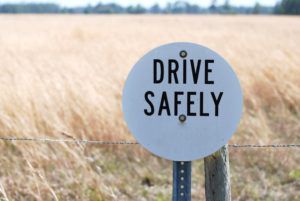 Most of the time we think that a hardship driver’s license is a permit given to people who are too young to apply for a regular driver’s license (age 14 – 15) but who have certain circumstances that may require them to drive. Those privileges are more of a throwback to the times when young teens were working the family farm or business, but even today some young teens are responsible for driving before age 16. However, teens aren’t the only people who can benefit from those throwback laws: a hardship license is also available to some Oklahoma DUI offenders, under some of the same circumstances.

With a hardship license, your Oklahoma DUI conviction may not limit your ability to drive legally in the state.

Remember, a hardship license isn’t guaranteed to anyone – they are granted at the discretion of a judge. Plus, you’ll likely be ordered to install a car breathalyzer (ignition interlock) if the license is granted, and be evaluated by the Department of Mental Health and Substance Abuse Services to ensure the court that you are not at risk for future Oklahoma DUI incidents.