You are here: Home / News / Let’s Do This: California Ignition Interlock Expansion
June 10, 2016 by Editorial Staff 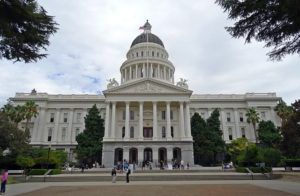 While plenty of other states have already wrapped up their legislative sessions for 2016, California is busy at work making the state better and safer for us all. Take the current status of SB 1046, the bill that will expand California ignition interlock requirements for all offenders in the state, and how it is quickly moving through the legislature with optimism from all sides.

The California Senate passed the bill in Late May, 2016, and it is currently being reviewed by the Assembly. California currently requires ignition interlock devices for all offenders in only four counties, Alameda, Los Angeles, Sacramento and Tulare, while the rest of the state only mandates the devices for multiple DUI offenses or a first-time DUI with a high blood alcohol concentration (BAC). SB 1046 would expand California ignition interlock requirements so that even a first-offense DUI at the legal limit (.08 percent BAC) would have a six-month ignition interlock requirement, no matter the county it occurred in.

Opponents of SB 1046 say that the ignition interlock expansion won’t help keep hardcore drunk drivers from the roads, and that the key is more enforcement of the laws, not more interlocks. In fact, more interlocks and better enforcement are required. Interlocks do indeed keep drunk drivers off California roads – since 2005 they’ve stopped them more than a million times. The new law includes incentives which will guarantee greater compliance. It’s a no-brainer.