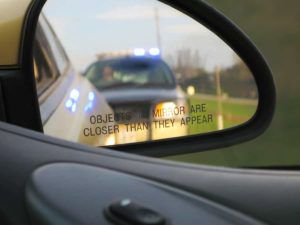 With the number of drunk driving convictions on the rise, it isn’t too unusual to see headlines with arrest numbers in the hundreds in just a few weeks. Long holiday weekends like Memorial Day and Independence day drive up these numbers too, but in Chesterfield, Virginia 100 new DUI arrests were made without a holiday influence. That also means that 100 new Virginia ignition interlock devices may be on vehicles soon, especially if each alleged offender is convicted.

Virginia is one of 26 states that have an all-offender ignition interlock requirement on the books. That means that even if you are convicted of a first-time DUI in the Commonwealth and you were just at the legal blood alcohol concentration (BAC) limit, you will have an ignition interlock requirement. That’ s not all: there are programs you’ll complete through the Virginia Alcohol and Safety Action Program (VASAP), including substance abuse evaluations and treatment, education programs and more. The Commonwealth does not tolerate drunk drivers, and has plenty of ways to get that message across.

The good news is that those 100 potential Virginia ignition interlock installations just show that the devices are a go-to solution for offenders. The bad news is that there were 100 DUI arrests in Chesterfield, indicating that before an interlock is even a requirement after a DUI, a lot more can be done to keep the streets safe.