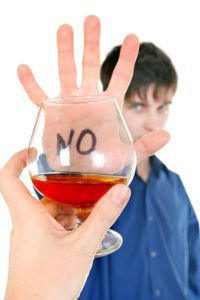 Maryland was recently given the honor of being named the safest state for teen drivers. While plenty of factors add up to such a tremendous honor, it is the lower number of Maryland underage DUI drivers seems to be the overwhelming reason for the designation. Maryland has been working hard in recent years to lower all types of drunk driving incidents so having this proof of those efforts will go a long way in reducing all types of drunk driving on the roads.

All states have a zero tolerance policy for underage drunk drivers, but not all of those states have the same strict consequences as a Maryland underage DUI conviction. For instance, any violation of the zero tolerance policy will require an underage minor to install an ignition interlock device or sit out a license suspension. For many, that ignition interlock policy will affect parents and other family members, unless the minor owns their own vehicle. That all-offender ignition interlock policy could be enough incentive for minors to just find a safe ride home.

Additionally, after a first-time Maryland underage DUI conviction, the penalties continue to increase, just like they would for an adult facing multiple drunk driving charges. That includes the time an offender is required to install and use an ignition interlock device, not matter what age.

Last year Maryland broadened all of its DUI laws, including underage DUI and ignition interlock access. Because of the ignition interlock expansion, the state has been able to see progress in keeping the streets safe. Zero tolerance policies are effective in keeping all underage DUI numbers down, but it may be the strict consequences that have really helped Maryland’s statistics. For those who may think that drinking and driving aren’t a big deal, maybe it is time to listen to the youth who are actively modeling safe driving habits and steering clear of DUIs and ignition interlock devices, entirely.

Cost of a California Ignition Interlock Device
Next Post: You Kind of Asked for It: California Implied Consent Laws