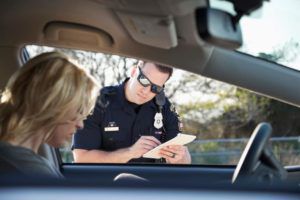 Maryland has a big reason to celebrate this year. The state passed Noah’s Law, expanding the car breathalyzer (ignition interlock) requirement for all Maryland DUI convictions. That mean the streets will be safer. Hopefully, the devices could be enough incentive to stop others from risking a first-time offense, too.

Maryland DUI fatality numbers are rising, while arrests have fallen.

Before we all get too excited, there’s another problem with Maryland DUIs: fewer arrests and more fatalities. Colorado has a similar problem; the DUI numbers in Aspen are decreasing while the rest of the state is experiencing a rise in those figures. Even New Mexico has acknowledged a lack of law enforcement and resources available to fully keep up with drunk drivers. In Maryland, the problem could very well be the same. No matter where we live, DUI arrests and convictions are only as good as the resources available. Such as ignition interlock devices.

More ignition interlock devices are a great solution, but they cannot help those involved in a fatal DUI accident. They cannot help catch a drunk driver who has not been arrested.  If there is a problem with staffing people to stop drunk drivers, then ignition interlock technology is a viable solution. The devices help law enforcement focus on would-be, first-time drunk drivers while stopping further incidents from DUI offenders.

All states that currently have or that are expanding ignition interlock laws will soon have more protection from drunk drivers. That also means more work for driver’s licensing agencies and in the courtrooms. It is a fair trade, considering the burden that drunk drivers place on our physical, financial and emotional resources. With so many states needing more support to curb drunk driving, ignition interlocks are a cost-effective solution that save lives and take the burden off of law enforcement resources.