What’s the California Ignition Interlock Bill Up To?

You are here: Home / News / What’s the California Ignition Interlock Bill Up To?
June 27, 2016 by Editorial Staff 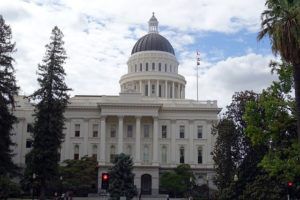 In the four pilot program counties a California ignition interlock is legally required for all DUI offenses, even first-time offenses.

We realize that the most populated areas of the state would be the initial focus of an interlock program, especially when the devices were relatively unknown. Today, we have data and statistics that validate the effectiveness of the devices. Plus, rural areas have slightly more drunk driving fatalities than urban areas. California has major cities and rural areas, all of which deserve the same protection from drunk drivers.

California extended the pilot program in late 2015 in order to review the facts, leaving it to expire in mid-2017. Before that happens, all-offender legislation has been introduced this year, and has already passed though the state senate. It is currently being reviewed by the California assembly, with hopes of a resolution before the 2016 legislative session ends on August 31.

TAKE ACTION NOW: Voice your support for passing SB-1046 (California ignition interlock expansion) to your California Representative and the Governor!