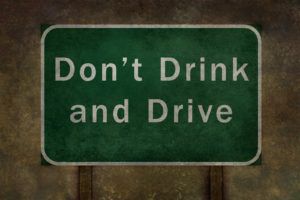 Last October, Noah’s Law was enacted in Maryland, expanding ignition interlock access to all DUI offenders in the state. Many felt the expansion was a much-needed solution to prevent further DUI fatalities. The law was named after an officer who was killed while working a DUI sobriety checkpoint, providing more motivation to end drunk driving for once and for all.

However, the last month of 2016 saw Maryland’s DUI numbers rise to almost 450 total incidents. The weeks between Thanksgiving and New Years has historically higher numbers of drunk drivers in Maryland and across the U.S. During that time, Maryland did increase patrols, perhaps explaining the rise in DUI arrests. But the rise in patrols can only explain so much. In early December 2016, three more law enforcement officers were killed by drunk drivers in Maryland. The rising number of DUI incidents and officer deaths in the state indicates there is a lot more work that can be done.

Maryland DUI checkpoints are weekly events. That means each week, law enforcement officers put their lives on the line to prevent drunk drivers from hurting others. We can all ensure the safety of those officers by abiding by DUI checkpoint guidelines and instructions. Of course, we can all pledge to drive sober and eliminate the need for those events, too.

Now that we are past the holiday season, the number of DUIs in Maryland (and across the U.S.) will hopefully decline. That most dangerous time of the year gives us a lot of reasons to rethink our choices after we’ve been drinking, especially when we’d rather have happy family memories to share… not an ignition interlock requirement. This new year, we can all make a resolution to stay safe and sober behind the wheel, and keep those who serve and protect us… protected from our intoxicated mistakes, too.

You Blew It… for Life: Your 4th Illinois DUI is a Felony
Next Post: Use This, Not That, to Keep the DUI Away