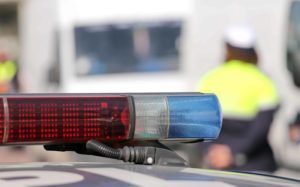 Congratulations to SPIDRE, the State Police Impaired Driving Reduction Effort, who recently marked their 2,000th DUI arrest in September. Funded through a grant provided by the Maryland Department of Transportation Highway Safety Office, this three-year-old effort strives to reduce drunk drivers in the most commonly concentrated DUI stops in the state, making the roads a safer place statewide.

MADD is a strong supporter of SPIDRE in Maryland, which is no wonder since the organization advocates for sobriety checkpoints across the country. A sobriety checkpoint is a designated point on a road where police officers evaluate drivers for impairment, specifically from alcohol or drugs. When you drive through a sobriety checkpoint, you will be asked for your driver’s license, registration and maybe a question or two about your travels or destination. In most cases, you’ll be on your way in the same amount of time it takes you to get through a traffic light, especially when you’re not suspected of driving under the influence of alcohol.

Some things to know about sobriety checkpoints:

On October 1st, Noah’s Law went into effect in Maryland, expanding access to ignition interlock devices (IIDs) for all drunk drivers. Between SPIDRE and Noah’s Law, Maryland’s streets are some of the safest in the U.S., establishing the state as one of the strictest on drunk drivers in the country.

Warning Labels and Your Illinois DUI-D Risk
Next Post: Can Alcohol Ease Depression?