You are here: Home / Laws / Warning Labels and Your Illinois DUI-D Risk
October 11, 2016 by Editorial Staff 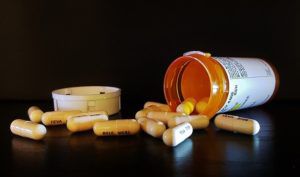 Many times, we assume that a DUI will only be issued for drunk driving, or driving under the influence of alcohol. Then the “ah-ha” moment happens and we realize that alcohol isn’t the only substance that can influence or impair a driver.  In Illinois, a DUI issued for drugs is just as serious as a DUI for alcohol, or one that is a combination of substances.  An Illinois DUI-D (driving under the influence of drugs) is charged for illegal substances as well as impairment resultant from both prescription and non-prescribed medications.

We often forget that prescription and over-the-counter medications are drugs, albeit still legal to ingest. All medication packaging will have a warning label on it that indicates whether you should avoid driving and/or handling any machinery while taking the medication in question. That impairment could be enough to cause an accident and is definitely enough to be charged with an Illinois DUI-D.

If convicted of an Illinois DUI-D in Illinois, you will face legal and administrative drunk driving consequences, even if it is a first-time offense. These can include:

A license suspension could also mean that you’ll have a car breathalyzer (ignition interlock) requirement, especially if any alcohol was found in your system in addition to the medications or drugs.

Both prescription and over-the-counter medications can affect your driving, in the same way as alcohol, and with similar outcomes, too. While it is important to take care of yourself if you need these medications, please consider the consequences of taking them before driving. Know the effects of your medications before you start driving and make the necessary adjustments in your lifestyle that get you where you need to be in the safest, best possible way.