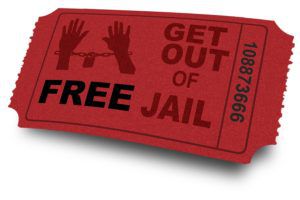 Mississippi may have a reputation for allowing drinking while driving and other leniencies toward alcohol, but the state does take DUI issues seriously. With a maximum blood alcohol concentration (BAC) of .08 percent, the state maintains the same per se limit for a Mississippi DUI as the rest of the United States. The state also has lower BAC limits for drivers under the age of 21 (.02 percent) and commercial drivers (.04 percent).

Plea bargains in DUI cases are strictly barred by statute in Mississippi. A reduced plea charge such as “wet reckless” (reckless driving involving alcohol), used in states like California and Montana, is much lighter on penalties than that of a DUI charge. This plea is popular in many states because of the reduced penalties and the benefit of no criminal record. Because Mississippi (and about a dozen other states like it) prohibits plea bargains such as these, any first offense .08 percent BAC or above will be tried as a DUI.

Ignition interlock devices (IIDs) are required for all Mississippi DUIs. Mississippi, like many states, requires IIDs be installed after a DUI offense in order to have a driver’s license reinstated. An IID requires a driver to pass a breath test before their vehicle can even start and collects data in the event of failed tests or tampering that could result in more punishments.

Mothers Against Drunk Drivers (MADD), known for its unwavering goal to end drunk driving, gives Mississippi five stars for its “continued efforts to protect the public and keep the roads safe.” With more and more states across the US adopting all-offender ignition interlock laws and buckling down on DUI punishments, it’s simply better to not drink and drive at all, no matter what your BAC might be.