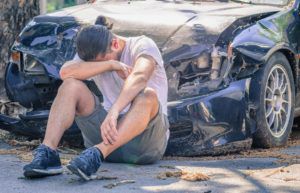 Everything may be bigger in Texas, but those 10-gallon hats need not be filled to the brim with booze. A recent report shows that, unfortunately, Texas has the highest number of DWI deaths in the United States. That likely means that the state has some tough decisions to make in the coming months as the Texas legislature gets ready for a new session.

Last year, the Texas legislature voted to expand ignition interlock access across the state. Instead of forcing a first-time DWI offender to sit out a suspended license, those offenders had the option of installing an ignition interlock device (IID) in order to keep driving legally. That move helped keep offenders from losing wages or missing court dates or other important appointments. In exchange, we were spared a potential Texas DWI fatality, as those drivers couldn’t drive unless they proved their sobriety through a breath test.

Texas expanded ignition interlock access ahead of California, a state that is usually at the helm of any progressive law changes. California’s own ignition interlock expansion didn’t become a law until 2016, with the implementation expected to occur in 2018. Unlike Texas, however, California allows sobriety checkpoints to screen drivers for potential intoxication behind the wheel. That means that in the Texas vs. California competition, where drunk driving safety is concerned, it’s your move, Texas.

Aside from creating a fully mandatory ignition interlock program for all Texas DWI offenders, there are only a few other steps the state can take to keep increasing road safety. Sobriety checkpoints are recommended, as is providing more education and awareness programs and private programs that encourage bars and restaurants to help patrons find a safe ride home. Considering the risks involved when we don’t act to keep our communities safe, now is the time to reflect on what more can be done to get Texas off the top of the DWI fatality list, and then take steps to make those changes happen.