What to Expect with the New Illinois Underage Drinking Laws

You are here: Home / News / What to Expect with the New Illinois Underage Drinking Laws
May 1, 2017 by Editorial Staff 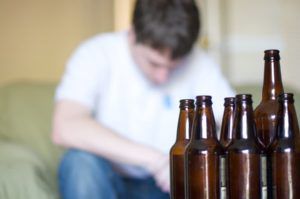 Did you know in some circumstances it is legal for minors to drink alcohol? Current Illinois law prohibits the consumption of alcoholic drinks by any person under 21 years of age, which is a Class A Misdemeanor.  Although a minor under the age of 21 can legally drink alcohol if given the drink by his or her parent (or legal guardian), and in the presence of his or her parent, and in the privacy of a home.  The problem is that a new law would allow Illinois underage drinking to occur outside of the home.  Those children then can get into cars that will be turned into weapons when they have been drinking.  Allowing children to drink alcohol outside of the home, even if under their parent’s supervision is creating another possible situation that puts our community lives at risk.

Parents have another incentive to keep Illinois underage drinking and the penalties out of their family cars. The courts in the state of Illinois say those who are convicted of DUI to equip any motor vehicle the person operates with an ignition interlock device during the period of statutory license suspension will be automatically issued an ignition interlock device. They may decline the device, but without it, the offender and their families will face increased penalties. This means all family cars that the teen is insured for will need to have an interlock device installed.

“USE IT AND LOSE IT” ZERO TOLERANCE: Illinois underage drinking and driving law and penalties.

Underage drinking is associated with various negative consequences for children and can affect and endanger the lives of those around them.  The “old enough to enlist, too young to drink” adage is a reality, but until the mid-20’s, research state that brains aren’t fully developed and will likely make bad choices under the influence of alcohol. Drinking lowers inhibitions and increases the chances that children will engage in risky behavior or do something that they will regret when they are sober.

Remember that as an adult, your choices can affect the lives of those watching you, no matter the relationship. Illinois underage drinking can be dangerous, and allowing a minor to drink is one choice that needs to be seriously considered before damage cannot be undone.

Your Car Breathalyzer and the Air You Breathe
Next Post: You Can Be In Trouble for an Employee’s California DUI