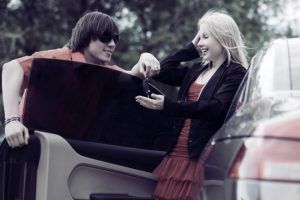 In New Mexico, underage drinking and binge drinking proliferate. New Mexico Underage DWIs are a serious problem, accounting for 15% of their DWI-related fatalities. As underage drivers make up only 10% of the entire driving population, these numbers are concerning, and New Mexico is combating it by levying harsher penalties for convictions.

Riding that success, Congress pushed through the “Zero Tolerance Law” and pressured the states to comply with it. This law states that anyone under 21 found to be operating a vehicle with a BAC of .02% or more will be charged with an underage DWI. The number of drunk driving incidents among young drivers has decreased since the passage of this law.

A New Mexico Underage DWI can carry both administrative and criminal penalties. Administrative penalties do not require a conviction to be administered and include a six-month license suspension, which can be extended up to one year if you’re convicted of the DWI, followed by the required use of an ignition interlock device for one year, DWI school, and an alcohol assessment and treatment program. If convicted, you will also be subjected to criminal penalties such as fines, jail time, license suspension, community service, and alcohol abuse treatment or counseling.

If you are under the age of 21, it’s even more important that you don’t operate a motor vehicle after drinking. The New Mexico underage DWI penalties are harsh and unforgiving.