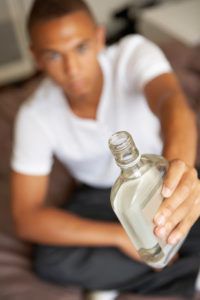 Missouri has zero tolerance for underage drinking, which is the law of the land across the U.S. However, for a Missouri underage DUI, the penalties can be much stricter than in other states. In particular, the state’s “abuse and lose” statute can create plenty of issues for a minor who is found guilty of drinking and driving. In fact, even a small amount of alcohol can be enough to affect their freedom to drive for many years.

The Missouri underage DUI laws say that any blood alcohol concentration (BAC) over .02 percent will result in a charge and/or conviction.

Under the Missouri Abuse and Lose statute, anyone under the age of 21 can have their license suspended for 90 days for a first offense underage DUI. A second offense will trigger a mandatory one-year license revocation. If the offender is not old enough for a driver’s license (under 16), the suspension period will not even start until they reach that age, or apply for a driver’s license.

Additionally, a Missouri underage DUI carries a possible jail sentence and fines up to $1,000 (for a second offense). You may also have an ignition interlock requirement.

Driving is one of those milestones we all look forward to as we get older. Drinking is another milestone that many are excited to experience, too. However, just like obtaining a driver’s license at a legal age, your smartest route is to wait until you are 21 before you drink any alcohol. Losing your driver’s license is nothing in comparison to the destruction that drunk driving can bring. While you can be pretty certain you’ll regain your license in a year or so, not everything that happens as a result of a DUI can so easily be restored.

West Virginia Underage DUI: the Bad and the Good?
Next Post: New Mexico Underage DWIs, Youth is No Excuse