News Flash: The Florida DUI Problem is Still a Problem

You are here: Home / News / News Flash: The Florida DUI Problem is Still a Problem
August 14, 2017 by Editorial Staff 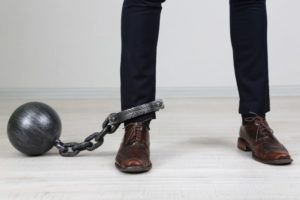 It has been a big month for Florida DUI drivers, and we’re only halfway through. Maybe it is the sun, the summer season or just a fluke, but when it comes to drunk driving stories and cautionary tales, the Sunshine state certainly steals the spotlight.

When drinking and then driving, we guess it is pretty normal for a person to look for a way to get out of a traffic stop. It is also probably a fairly regular occurrence to turn right instead of left, after all, the person is intoxicated. However, driving a vehicle off a dock may be one of the more interesting ways a suspect realizes they are probably guilty of a Florida DUI.

In that case, the driver wasn’t trying to escape charges but was still caught by authorities. This Florida woman was arrested and then later taken to a hospital for fainting at the police station. She then tried to escape from the hospital emergency room by running out the doors, only to be tackled and then re-shackled, to await her DUI hearing.

Then there is the former Sheriff who claims he wrote the book on DUI while being arrested for a Florida DUI. That raises the obvious question about whether or not he saw the arrest coming, or if this was an unintended plot twist in the aforementioned book.

Florida DUI stories are always abundant, for reasons that nobody can seem to pinpoint. The hype could be a little over-inflated for entertainment value, but the lessons are clear in each story we read. There are serious problems in Florida that can and should be addressed by state lawmakers, including stricter laws and ignition interlock expansion. This year, we can get a head start on supporting those efforts by contacting those legislators and voicing our opinions on the dangers of drunk drivers.

Sober Up, San Jose! Your Drunk Tanks are Changing
Next Post: Texas Underage DWI Prevention: Plan While You Can