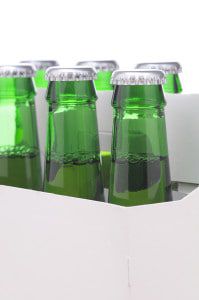 Some of New Mexico’s convicted drunk drivers could be prohibited from buying alcohol if the House-approved legislation also passes Senate approval.

New Mexico is host to some of the worst drunk driving problems and highest alcohol-related traffic deaths in the nation, which is why state representatives are constantly bringing DWI/DUI penalty proposals to legislative sessions. The latest proposal, presented by Democratic Rep. Brian Egolf, provides a more proactive solution to New Mexico’s drunk driving problems.

Convicted drunken drivers are already required to install an ignition interlock device (IID) in their vehicles. These devices prevent a vehicle from operating if alcohol is detected on the driver’s breath when he or she blows into the device.

The new legislation, which was approved by the House of Representatives on Monday, March 4, would also prohibit offenders with IIDs from buying alcohol in the first place. Under the new legislation, the state-issued driver’s licenses given to convicted drunken drivers with IIDs would be changed to state the the person cannot buy alcohol.

However, not every offender owns a car, and those without a car are not required to have an IID or any special license. In fact, half of New Mexico’s convicted drunken drivers don’t have the device. This creates one loophole in the House-approved measure.

The second loophole? No law requires liquor retailers to check the ID of every customer purchasing alcohol.

How effective do you think the New Mexico legislation will be in preventing drunk driving and alcohol-related traffic accidents? Should this measure be implemented in every state?