No Refusal in 2016? Ending the Florida DUI Hullabaloo 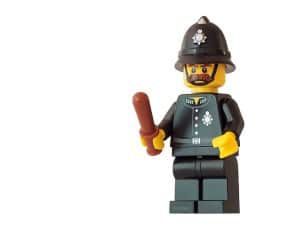 We love when a plan comes together, especially when it involves safer roads and fewer drivers with a Florida DUI. Several states in the U.S. strengthened their drunk driving laws in 2015, but, Florida appeared to be on the fence about the problems with DUIs. We cannot say we haven’t enjoyed some of the headlines from the Sunshine State, but we also saw too many tragic endings that began with “one for the road.” As such, the new “no refusal” bill in Florida targets those who could work the system and get back on the streets, intoxicated and dangerous to us all.

HB 555 adds a few new penalties for anyone who refuses a chemical test during a Florida DUI traffic stop.  Because of the state’s “implied consent” laws, you do not actually have the right to refuse a breathalyzer test, but it is still a common practice. Some DUI suspects think they can “wait out” their blood alcohol concentration (BAC) level until they’re at the police station, hoping it will be under the limit by the time they’re tested. With HB 555, that all changes, because if you refuse a chemical test, you’re looking at:

If passed, HB 555 will become a law on or about October 1, 2016, making it the biggest change to Florida DUI laws in the past few years. We think this is a smart move for Florida, especially with the hubbub about Florida’s sobriety checkpoints in 2015. HB 555 shows a commitment to keeping loopholes closed in the Florida law, and putting more drunk drivers behind the wheel with ignition interlock devices. That’s a “heckuva” way to make those Florida streets that much safer.

Previous Post: « Let’s All Cheer for a Sober New Year!
Next Post: Texas and the New You: Ignition Interlock Armed and Ready