Texas and the New You: Ignition Interlock Armed and Ready

You are here: Home / Laws / Texas and the New You: Ignition Interlock Armed and Ready
January 5, 2016 by Editorial Staff 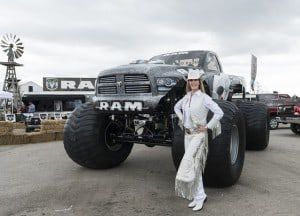 2015 was a big year for Texas and the safety of its streets, especially in terms of the unanimous expansion of the state’s ignition interlock law. Before the law was enacted in June, there was little security for those first-time DWI offenders who needed to drive to keep their job or take care of family matters: a first-time drunk driver in Texas was out of luck if they wanted to install and use an ignition interlock device. They were powerless to take control of their own lives after a DWI.

But that was so last year. Now, thanks to the expansion of the ignition interlock program in Texas, a first-time DWI offender has a choice. That choice is to keep driving… as long as there is an ignition interlock device installed. 2015 brought Texas into the modern age where drunk driving convictions are concerned, allowing a combination of technology and trust to work together, while proactively working to reduce the number of future DWI problems at the same time.

In states where DWI offenders have access to ignition interlock devices, the number of subsequent incidents is reduced by 67%. Plus, a person who continues to live a productive life is less likely to make another intoxicated mistake again. Whether that means they are able to keep working, attending school or seeking treatment for alcohol addiction, that offender with an interlock has a second chance after a DWI, with a much better outcome than the person who is forced to stay home or rely on public transportation.

An ignition interlock may not be high on your list of “must haves” until you are facing a DWI conviction and the loss of driving privileges that can come with it. But, if you are in Texas, that recent expansion just put the power back into your hands, quite literally, after a DWI.