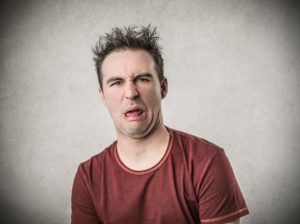 We kid, we kid. This is not a shocking DUI fact, it is pretty well known, actually, that drinking and driving is a lot more dangerous than puffing the magic dragon and hitting the road to Highville, literally. The difference is that instead of taking it upon ourselves to determine whether we personally feel alcohol is more dangerous than marijuana on the roads, science is backing up our hypothesis. Science does many amazing things for our world, especially when we pay attention to the facts.

A recent study from France (where the wine flows freely) shows that alcohol affects us a lot harder than marijuana. When French scientists say alcohol is a problem, we really need to listen.

The shocking DUI truth is a reminder to stay sober on the roads, no matter which type of intoxicant you prefer. Just because marijuana may be safer, that does not give anyone the green light (see what we did there?) to run amok and get high before driving. Impaired driving is still impaired driving, and there are consequences you face, even if you’re “less dangerous” than the dude with the .15 percent blood alcohol concentration (BAC).

In fact, in many states, if you are convicted of a DUI that involves drugs, like marijuana, you could face the identical penalties as a drunk driver. That means you take a toking chance on high fines, jail time, raised insurance rates and even an ignition interlock device. The interlock isn’t going to measure your breath for marijuana, but for alcohol, even if you have never had a drop of alcohol in your life. Go figure.

It should go without saying that driving while impaired by alcohol or any type of substance is dangerous. But the shocking DUI truth is that there are still DUI drivers on the road each day. Educate yourself on the dangers and the penalties you’ll face for drinking and driving, and then make a promise to steer clear of any DUI decisions in your future.