An Oklahoma DUI is More than Alcohol and Driving

You are here: Home / Laws / An Oklahoma DUI is More than Alcohol and Driving
May 4, 2016 by Editorial Staff 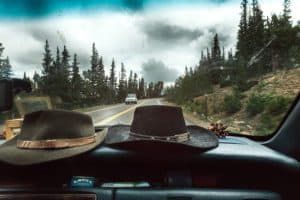 Too often we think about a DUI as a mistake a person makes after drinking too much alcohol. When a person is impaired by alcohol, drugs or even texting while driving, we are all at risk on the roads. Those dangers are why an Oklahoma DUI can mean alcohol is to blame or it can mean the driver is under the influence of any type of substance, illegal or not. It also means that driver can face some pretty strict consequences for their risky behavior.

Oklahoma DUI law doesn’t discriminate between alcohol, illegal or prescription drugs until a conviction is handed down. For instance, a driver who is convicted of a DUI when there is marijuana in their system may face rehab or a substance abuse violation. A DUI driver who had too much wine will have different requirements for their conviction, including a car breathalyzer (ignition interlock) requirement on top of any standard costs and fees for the DUI.

Also, you can be charged with a lesser, but still alcohol-related DWI if your blood alcohol concentration (BAC) is below the legal limit of .08 percent. Oklahoma DUI law will also affect you if you are under the influence and just sitting in the driver’s seat of your vehicle. You don’t have to be driving to be arrested for DUI, just in control of the vehicle while intoxicated by alcohol or any other substance.

Oklahoma DUI laws are pretty comprehensive, as are the penalties for violating those laws and risking lives on the roads. Instead of facing that kind of future, you have plenty of ways to get to your destination safely if you’ve been drinking or are under the influence of any substance. Riding home in the back of a taxi is a lot easier in the long run, and more fun than facing the alternatives in a courtroom.

Does California Allow Alcohol in Pedicabs or on Bicycles?
Next Post: Car Inspections with an Ignition Interlock