Oklahoma is “Out of the Loop” with DUI Offenders

You are here: Home / Opinion / Oklahoma is “Out of the Loop” with DUI Offenders
June 3, 2015 by Editorial Staff 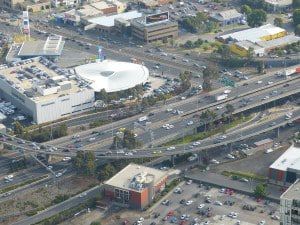 A DUI is a serious crime, no matter if it was a one-time mistake or a habitual pattern of behavior. Most of the time, people learn from their mistakes, especially where drinking and driving is concerned. Alcohol impairs judgment, and we all expect a person who wakes up in a “drunk tank” to immediately recognize their error, work hard to make amends, and never drive under the influence again. Then there are those who don’t take a DUI seriously, especially when laws may allow habitual offenders the chance to keep endangering the roads. Oklahoma’s DUI laws have a loophole that allows just that – a habitual DUI offender back on the road. That’s one loophole that really needs to change.

After one DUI in Oklahoma, an offender has two different sets of rules to follow – the criminal side and the administrative side of the incident. Administratively, Oklahoma can require the use of a car breathalyzer or ignition interlock for first-time DUI offenders, but after that, policies get vague and offenders are slipping through the cracks. Somehow, if a DUI offender is arrested for another drunk driving incident, they go back to jail and aren’t put through the administrative process that includes an ignition interlock requirement. Meaning that at any point after being released from a DUI, there aren’t procedures for the administrative side to kick back in, essentially allowing more drinking and driving for the more determined DUI offender.

Ignition interlock devices only work if they’re used, and as effective as they are in preventing subsequent drunk driving incidents, more effort should be placed on closing this Oklahoma DUI loophole. Nobody wants to be responsible for allowing bad habits and destroying lives, especially when the solution is so simple. Ignition interlock devices keep DUI offenders, law enforcement and administrative agencies “in the loop” regarding safe, sober driving, but they only work when they’re fully implemented in the law and all steps of rehabilitation after a DUI.

The Secret to Driving in California after Multiple DUIs
Next Post: Full Disclosure: Why Ignition Interlocks Don’t Work