You are here: Home / Laws / Private Property and Your West Virginia DUI
November 23, 2016 by Editorial Staff 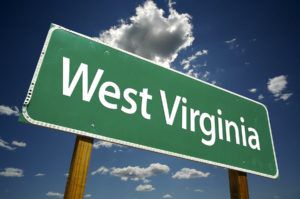 West Virginia is a beautiful state that is filled with plenty of adventures for those who love nature. As with any type of favorite activity, the problem with these adventures is when alcohol is mixed into the plan. For those who love their adventures on four wheels, just remember you can still be found guilty of a West Virginia DUI if you’re drinking and driving an ATV… even on your own property.

We all want to think that what we do on our own property is our own business. However, that was recently ruled not true in West Virginia after a man fought his West Virginia DUI on the basis that it occurred on private property. The West Virginia Supreme Court ruled that a DUI conviction applies to any and all areas within the boundaries of the state. As the man was driving an ATV, the conviction still counted and he will likely face the same consequences as a DUI in his own car or truck, on public roads. That includes the state’s Alcohol Test and Lock Program and a car breathalyzer (ignition interlock) installation.

On the other hand, a West Virginia DUI doesn’t include bicycle riders who are allowed on many public roadways, showing there’s still room for improvement in the state.

West Virginia remains a state that is strongly against drunk driving, with a strong ignition interlock program to back up that stance. Not only that, but the danger of a DUI doesn’t end at your private property line, or when you’re on your favorite weekend ride. The law says that it doesn’t matter if you’re driving your own recreational vehicle on your own property or a muscle car down the road. There’s no tolerance for a West Virginia DUI, and your future becomes much less about the adventure and a lot more about making up for a mistake that was fueled by alcohol and not safe driving.

Sorry Guys, A Virginia DUI Means No Moped
Next Post: Giving Thanks to Our DUI Heroes: Designated Drivers