The Problem with DUI Dogs in Florida

You are here: Home / Offbeat / The Problem with DUI Dogs in Florida
August 31, 2015 by Editorial Staff 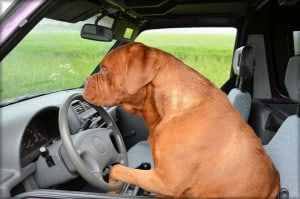 Well, Florida has done it again. We love Florida, not only for the headlines, but, because the state has so much to offer, including strict penalties for drunk driving. Unfortunately, for a recent DUI suspect, those penalties did not apply to her dog, despite her attempt to place the blame for her intoxicated accident on Fido.

There are a lot of problems with this scenario. First, the dog wasn’t even driving when the DUI suspect accidentally hit an apartment building with her vehicle – dogs can’t drive. Then, there’s an inability to test a dog’s blood alcohol concentration (BAC) for any traces of alcohol, even if they managed to start a car. Plus, a dog cannot consent to a sobriety test, which would mean that the dog should be immediately arrested and charged with DUI, according to Florida law. That is, if the dog wasn’t a dog, and was actually a person.

Instead, the DUI suspect refused her BAC test and was arrested and charged, according to Florida’s “implied consent” laws. From there, she will face penalties from the Florida DMV, like a suspended license once she’s out of jail, and court consequences like fines, substance abuse treatment, and even a car breathalyzer or ignition interlock requirement.

The moral of the story is… pretty obvious. You shouldn’t ever drink and drive, in Florida or any other state. You’re not only putting your life in danger, but, you’re also endangering the lives of others on the road and those in your vehicle, including your beloved pets. Florida has a lot to offer everyone, and that includes keeping the streets safe from drunk drivers so that the rest of us (humans and pets) can enjoy the sights and sounds of the Sunshine State.