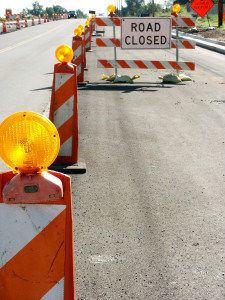 You hear a lot about pedestrian, school bus, bicycle, and general road safety, but ensuring that workers, motorists, and facility owners and operators are kept safe in construction work zones is just as important. In 2010, 87,606 traffic crashes, resulting in 576 fatalities and 37,476 injuries, occurred in work zones. While these crashes only made up 1.6% of crashes that year and most work zone crashes don’t lead to fatalities, the deaths, injuries, and property damage that does occur can be prevented with safe and efficient traffic flow in work zones.

Sponsored by the Federal Highway Administration (FHWA) since 200, the American Association of State Highway and Transportation Officials (AASHTO), and the American Traffic Safety Services Association (ATSSA) since 2000, National Work Zone Awareness Week is celebrated on a national and state level through events designed to promote work zone safety. Each year, a chosen theme focuses on a certain aspect of work zone safety. This year’s theme, “Work Zone Speed: A Costly Mistake,” focuses on the dangers of speeding in work zones.

Celebrate National Work Zone Awareness Week by practicing these work zone safety tips and following them throughout the year: