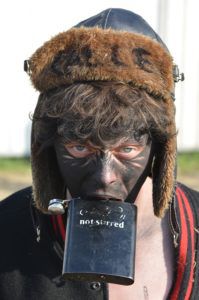 The first time a person drinks and drives, they are putting our lives in danger. Statistically, by the time that person is actually convicted of a DUI, they’ve put our lives in danger about 80 times already. We’d all like to think that one DUI is enough reason to get back on a responsible road – and for most offenders, that’s exactly what happens.  Then there are the habitual DUI drivers that never seem to learn the lesson, despite 24/7 sobriety programs, license revocation or jail time.

Recently South Dakota found that plenty of habitual DUI offenders continued to drink and drive. The state uses 24/7 sobriety monitoring for habitual DUI offenders in most cases, but they’re still finding their way onto the roads… sometimes intoxicated once again. Ignition interlock devices are sometimes a requirement of the state’s 24/7 sobriety program, but they are not mandatory. That leaves a “personal choice” problem and a window of intoxicated driving that can turn tragic.

An ignition interlock takes the guesswork out of a person’s ability to drive while sober. The devices simply don’t allow a vehicle to start if alcohol is detected above a pre-set level. If alcohol is detected after the vehicle is in motion, the device uses the horn and lights as a signal for the driver to re-test and prove their sobriety or pull over, turn off the ignition and find a safe ride home. 24/7 monitoring is beneficial, but it doesn’t stop drunk drivers right where they sit – behind the wheel and intoxicated.

As more states adopt mandatory ignition interlock requirements for all offenders, we expect to see far less habitual drunk driving offenders back behind the wheel – at least not without the device installed. 24/7 sobriety monitoring can be effective for anyone who has multiple alcohol-related convictions, but that monitoring doesn’t do much to stop them “in the moment” when they could just start driving and add another habitual DUI conviction.

Should Your Driver Use an Ignition Interlock Device?
Next Post: How Can I Get a California IID?