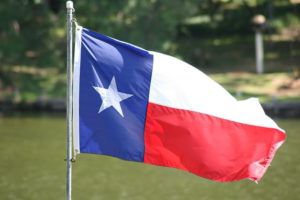 Not everyone realizes they have a problem with alcohol until it is too late. Even a Texas DWI isn’t always the signal we”d hope it would be for a friend or loved one. Instead, too many people end up with more than one DWI, and that’s even after a car breathalyzer (ignition interlock) requirement and the pains of the first drunk driving conviction.

When you have more than one Texas DWI, you’re not only looking at increased fines, court costs and a mandatory interlock requirement, but you’ll also be enrolled in a DWI intervention program.

Like most states, a first-offense Texas DWI is given plenty of legal leeway as long as nobody was harmed during the incident. Texas even updated its ignition interlock policy so that more first-time offenders had access to ignition interlock devices if they wanted to drive legally after their conviction. Usually that first DWI is the only one and everyone moves forward, promising to make better choices when drinking in the future.

Then there are habitual offenders or those with subsequent offenses. A second Texas DWI, even one in which nobody is harmed, is a red flag. Those offenders are ordered into the state DWI intervention program in order to address any underlying issues with alcohol or substance abuse. That program is on top of a longer ignition interlock requirement and other graduated penalties for subsequent DWI offenses.

By the time a second or subsequent DWI offense occurs, the intervention program hopefully allows a certain amount of reflection and introspection by the offender. From there, positive changes can occur, along with a more vigilant sense of monitoring beyond the interlock requirement. Addressing the underlying problems with alcohol and choices made after having a few too many drinks can give an offender hope for a better future, and safer streets for the rest of us.