You are here: Home / News / Reducing Houston DWI Driving, One App at a Time 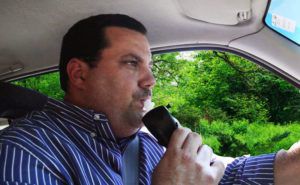 Houston DWI numbers are about to get a huge reduction. At least, they could if smartphones are given the driver’s seat when people are drinking. Technology has taken the lead in the fight against drunk driving, in Houston and across the country. Some of the uses aren’t too shocking, while others are so common sense, we should all be ashamed for not using them sooner.

Given the enormous amount of brainpower that is handled by smartphones now (shopping lists, phone number storage, etc.), it only makes sense to rely on technology to keep us safe when our brains have had a little too much.  Technology doesn’t care about excuses, technology doesn’t even care that you think you’re okay to drive. Technology has a job to do and in the case of Houston DWI drivers, that job is to ensure the roads are safe for everyone.