You are here: Home / News / California DUI Prevention Successes are Just Beginning
May 30, 2017 by Editorial Staff 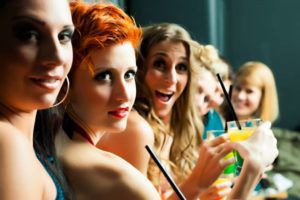 California is often considered a state that leads the US in progressive laws. However, California DUI laws have lagged behind the rest of the country for many years, specifically the state’s ignition interlock access. Now that California DUI offenders can all access interlocks, it seems the state will breathe a little easier in 2018, once the new all-offender interlock law is in effect. That also means that there will be even more success for a state that is proven to be committed to road safety.

A recent report shows that California DUI incidents have been declining for years, along with road fatalities in general. Another report gives credit to the reduction of California DUI drivers to Uber and Lyft. In ignition interlock terms, out of 195,687 DUIs that were stopped by the devices in the last decade, 35,756 of those were in 2016, alone.

Once California fully implements all-offender ignition interlock access, those numbers should show even fewer drunk driving problems on the roads. An ignition interlock device prevents any person from driving if their blood alcohol concentration (BAC) limit tests above a certain, pre-set limit. That eliminates any chance of further drunk driving incidents and keeps the roads safe. Until recently, ignition interlock devices were only available to high BAC offenders or those with multiple DUI offenses, except in four California counties. Next year, that all changes, and any California DUI offender will have the chance to use the device. In exchange, those offenders get to maintain employment and keep up family obligations, both of which add for a much more positive, post-DUI outcome.

We are excited to see the benefits of California ignition interlock expansion next year. Until then, we can all rest a little easier knowing the state continues to do its job to keep roads safe for everyone.

Reducing Houston DWI Driving, One App at a Time
Next Post: DUI and other Extreme Binge Drinking Dangers »