Repeat drunk drivers in New York could be facing tougher consequences under a proposed legislation passed by the state Legislature last week. The new bill increases consequences for some repeat offenders by increasing the look back period in which a third or subsequent DWI offense can be charged as a class D felony. 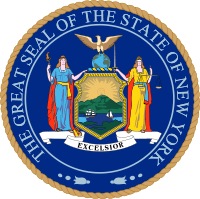 Known as Vince’s Law, the proposed legislation was created after 82-year-old Vincent Russo was killed by a repeat drunk driver in 2011. The drunk driver who caused the crash had four prior DWI convictions within 17 years of the crash and was awaiting sentencing for a fifth DWI offense at the time of the crash, according to bill sponsor Senator John A. DeFrancisco. DeFrancisco created the bill with the help of Paul Russo, Vincent’s brother, because he believes repeat drunk drivers like the one who killed Vincent shouldn’t be on the road.

The bill has been passed by both the Assembly and the Senate and now goes to Gov. Andrew Cuomo for consideration and, hopefully, a signature.

Previous Post: « Why Install an Ignition Interlock in Your Teen’s Car?
Next Post: New Driving Laws in Virginia Go Into Effect July 1 »