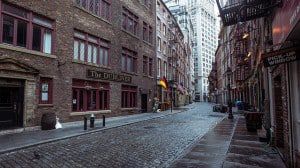 When it comes to stopping drunk drivers, one of the best resources we have is a car breathalyzer or an ignition interlock device. Yet not everyone with a buzz will drink and drive, and many don’t even have access to a vehicle – especially in college towns. Age is but a number when it comes to intoxication, and even if an underage minor (or, anyone, really) isn’t driving, they can still cause damage to property or others. Underage drinking increases the risk factors of assault and vandalism, just as it does drinking and driving. So how do we stop those kids from making a potentially disastrous mistake while under the influence?

In Athens, Georgia, law enforcement has been pretty successful in doing just that: finding underage drinkers and keeping them from making those mistakes. Each state has laws against underage drinking, but actually finding those kids can be a little more difficult, especially if they aren’t driving. Walking sobriety patrols, however, can help in districts where bar crawls are popular or in college towns where a fake ID is a passport to drink to excess.

These kind of sobriety patrols not only stop underage drinking, they can also:

Underage drinking may directly lead to DUI or other problems, as a result of age and inexperience with alcohol, among other factors. That’s why it is so important to reach these young adults before they make mistakes that could affect them for the rest of their lives. With walking sobriety patrols and the monitoring of college towns and other areas with young populations, the risk factors that are faced by everyone can be reduced well before an ignition interlock or DUI is even a consideration.

Mixed Messages: Is Your BAC a Health Concern?
Next Post: Start a Revolution: DUI Road Safety Grants in Virginia!