Shocking DUI: I was Charged, But Kept My License

You are here: Home / General Information / Shocking DUI: I was Charged, But Kept My License
November 2, 2017 by Editorial Staff 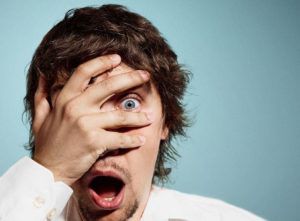 Nobody ever wants to see those flashing blue lights in their rearview mirror. Unfortunately, when you look like you are an impaired driver, or you actually are driving while under the influence of alcohol, your shocking DUI nightmare can become a reality. What really tends to throw off most people is that even though you may be arrested for and charged with a DUI, you are still allowed to keep your driver’s license.

Whether or not you were actually impaired by alcohol, or at or above the legal .08 percent blood alcohol concentration (BAC) limit, all 50 states allow an administrative license revocation (ALR). That means that the arresting officer can a) immediately suspend your driver’s license and then b) present you with a temporary driver’s license. Your temporary driver’s license is good for up to 30 days, depending on your state, and is afforded to you so that you can get your affairs in order before you go to court. You are also encouraged to request a hearing with your state DMV or motor vehicle department so that you can quickly resolve the administrative status of your driver’s license.

Two points to remember about an ALR:

The good news is that even if you are charged with drunk driving, you can still keep your driver’s license. An ALR may be one of the more shocking DUI guidelines but it shows that the priority is on keeping the streets safe while allowing suspects the chance to get back on a better road to recovery. The bad news is that the blue lights, ALR, and ignition interlock device could all be avoided before you even step out your door into a night of fun with friends.

Want to Drive Again after an Arizona DUI? Here’s What Do
Next Post: Are you REALLY Ready to Drive After a Colorado DUI?