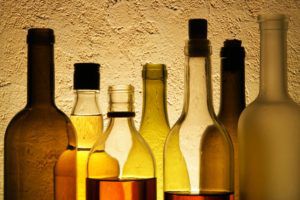 In a state that is known for a conservative stance on alcohol, including strict ignition interlock laws, we can still find problems with a drinking culture of sorts. Utah DUI law was recently changed to define a criminal drunk driving charge at .05 BAC (blood alcohol concentration), rather than the national limit of .08 percent BAC. That lowered limit did not stop a Utah man from drinking and driving… with a BAC of almost .30 percent. Once the new, lower Utah DUI BAC limit is implemented, that would mean the man was suspected of driving with an impairment level of almost six times the limit.

.30 percent BAC is the threshold for alcohol poisoning and possible death by overdosing on alcohol.

At such a high level of alcohol in the blood, a person who is not used to drinking will likely fall asleep or pass out in order for the body to rid itself of the drinks. For those who have built up an alcohol tolerance may still be able to function and act as they are less impaired than they really are.

On top of that, once a certain level of intoxication is reached, the brain goes on a type of autopilot. That is where the danger begins to grow, as a person may not be able to judge their level of impairment. They get into their vehicle because they are so used to feeling this way and being “okay to drive.” Then the autopilot kicks on, and the impaired driver continues to their home (or next destination) with slower reflexes and reaction time. Red lights are ignored, on ramps are misjudged, or one-way streets appear to have moving vehicles going in both directions. A Utah DUI charge is the least of their worries at this point, and they are our biggest worry as we try to get home, too.

How to Avoid Arizona Ignition Interlock Violations
Next Post: The Many Ways to Score Illinois Interlock Device Violations