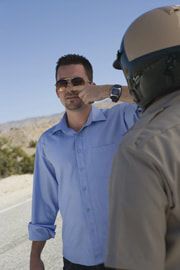 Drinking and driving is dangerous, no matter the reason for attempting to drive after a few rounds at the bar. In all states, the first time you are arrested for a DUI without any aggravating circumstances you face the least restrictive consequences for your actions. Arizona is known for being one of the strictest states on drunk drivers, even first-time offenders. A second Arizona DUI is a more serious matter, however.

Arizona counts all DUI offenses within a seven-year period when levying penalties for drunk driving. So any second Arizona DUI that occurs outside of that timeframe cannot be considered in the court. However, the Arizona DMV has a point system that can affect an offender’s ability to drive legally, even after seven years, depending on circumstances.

Arizona DUI laws are strict, but there are also plenty of options to stay out of trouble and find a safe way home. Before heading out, remember that you have a choice to make about how you will get home, one that does not have to involve any number of drunk driving mistakes or the consequences therein.

Here’s to Your Health: Zero Alcohol Beer is Trending
Next Post: Time to Stop Drinking and Driving: Your Second Colorado DUI »