Time to Stop Drinking and Driving: Your Second Colorado DUI

You are here: Home / Laws / Time to Stop Drinking and Driving: Your Second Colorado DUI
August 22, 2017 by Editorial Staff 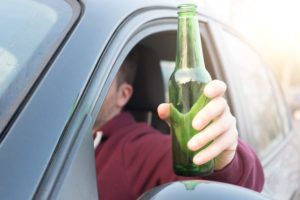 A look back or washout period can mean two very different math problems after a second Colorado DUI arrest has occurred. Colorado does not have a look back period like other states. Instead, the court system has a window of legal discretion. However, if you have two drunk driving convictions within five years of each other, you will likely face harsher legal penalties.

A first-offense Colorado DUI means you will spend at least five days in jail and pay fines between $600 – $1,000. If you are convicted of a second Colorado DUI again you will spend at least 10 days in jail and you could pay $1,500 in fines. Unlike other states, Colorado also counts the lesser DWAI (driving while ability impaired) convictions in this total. So, if your first drunk driving conviction was more of a buzzed driving conviction and your blood alcohol concentration (BAC) did not meet the legal per se limit, it really will not matter how not drunk (but buzzed) you were. That counts as a second Colorado DUI in terms of the legal sentencing.

If a second or subsequent conviction occurs outside of the Colorado DUI look back period, the legal penalties that you face could be much less restrictive, but that doesn’t mean you should take that chance. After your first DUI or DWAI, you could be looking at plenty of consequences, like an ignition interlock requirement, fines, community service, and more. When we talk about doing the DUI math, it should not be about how many drinks you can have and still safely drive home, but perhaps the number that matters is how many people you are risking on the roads when you drink and drive.

So You’re Facing a Second Arizona DUI?
Next Post: Scared Yet? Your Second Illinois DUI is Serious