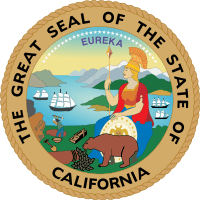 In 1986, California became the first state to begin an ignition interlock pilot program. Today, the state requires ignition interlocks only for repeat drunk driving offenders with the exception of offenders in the counties of Alameda, Los Angeles, Sacramento, and Tulare. A California pilot program in these counties, which cover a population of over 13 million people, requires all offenders to install the device.

Despite the the state’s early and strong use of ignition interlocks, California had 774 DUI fatalities in 2011. That same year, 28 percent of total traffic deaths were drunk driving-related and 310,971 drunk drivers were repeat offenders.

DUI Laws
Anyone who operates a vehicle with a blood alcohol concentration (BAC) of 0.08 or more in California is charged with driving under the influence of alcohol (DUI). The consequences of DUI in California include a fine, jail time, and driver’s license suspension:

California also has a DUI child endangerment law that increases jail time to 48 consecutive hours for a 1st offense, 10 days for a second offense, 30 days for a third offense, and 90 days for fourth and subsequent offenses if the drunk driver committed the offense while a child under the age of 14 was in the vehicle.