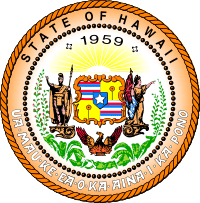 However, in 2011, Hawaii finally passed an ignition interlock law that Mothers Against Drunk Driving (MADD) believes is already helping to reduce drunk driving fatalities in the state. The law requires all convicted drunk drivers to install the device in their vehicles. MADD reports that 1,400 interlocks were installed by the second year of Hawaii’s interlock program.

DUI Laws
Anyone who operates a vehicle with a blood alcohol content (BAC) of 0.08 or higher in Hawaii is guilty of driving under the influence (DUI), punishable by a fine, jail time, driver’s license revocation, and possible community service.

First-time offenders (and repeat offenders whose offenses occur five or more years after a previous conviction), are also required to participate in a 14-hour minimum substance abuse rehabilitation program and may have to complete 72 hours of community service work.

All offenders must pay a surcharge of up to $25 for the neurotrauma special fund and up to $25 or $50 for the trauma system special fund.

Anyone who commits a DUI offense while a person under the age of 15 was in the vehicle must pay an additional $500 and serve an additional 48 hours in jail. The offender will also have their license revoked for at least two years.