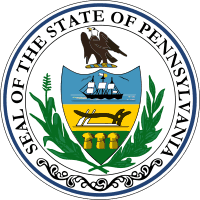 According to Pennsylvania’s Department of Transportation, the state’s drunk driving laws are designed to focus on treatment for first-time offenders rather than just punishment. However, with 407 drunk driving-related fatalities in 2011, or 32 percent of total traffic deaths that year, the state might be taking the wrong approach. Mothers Against Drunk Driving has been working for years to convince lawmakers in Pennsylvania to pass a law that would require all drunk driving offenders, including first-time offenders, to install an ignition interlock, a device proven to significantly reduce repeat offenses and drunk driving-related fatalities. However, the device is still only required for repeat offenders.

DUI Laws
Anyone who operates a vehicle with a blood alcohol concentration (BAC) of 0.08 or higher in Pennsylvania is charged with driving under the influence (DUI). Pennsylvania’s DUI law takes a tiered approach, which means there are three levels of DUI:

Consequences for all levels can include a fine, jail time, driver’s license suspension, alcohol treatment, and alcohol highway traffic safety school. Consequences for General Impairment include:

Ignition Interlock Laws
All repeat DUI offenders must install an ignition interlock device in all of their owned or leased vehicles in order to have their driving privileges restored. Offenders must keep the device installed for one year.