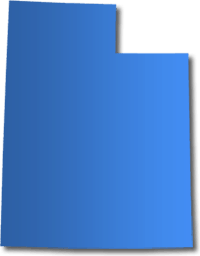 Hyde Park, a small town in northern Utah, is allowing the sale of alcohol for the first time since its founding by Mormon settlers in 1860. Hyde Park was one of very few dry cities left in a state known for its abstinence from alcohol and strict liquor laws.

However, the new law that lifted the ban on alcohol sales only allows the store to sell beer with 3.2% alcohol by weight, which is the maximum amount allowed in non-state-run liquor stores in Utah. If residents want liquor or wine, they’ll have to drive to a state liquor store. The closest one to Hyde Park is about 5 miles away in Logan.

Now, there are only about 5 or 6 dry towns left in Utah, according to president of the Utah Beer Wholesaler Association Jim Olsen. However, Olsen also said that a decreasing number of dry cities doesn’t mean Utah is loosening its tight liquor laws. For example, the state still prohibits restaurant staff from pouring alcohol in front of customers.

Do you think the new availability of alcohol will increase drunk driving in the area? We can’t say for sure, but luckily, Utah’s strict outlook on alcohol seeps into its drunk driving laws. In addition to implementing high-visibility law enforcement activities and a high number of DUI checkpoints, Utah requires all convicted drunk drivers, even first-time offenders and drivers under the age of 21, to install an ignition interlock device while 3rd and subsequent offenses are elevated to felony DUIs.