Talk to Your Teens About Alcohol

You are here: Home / Resources / Talk to Your Teens About Alcohol
March 5, 2014 by Editorial Staff 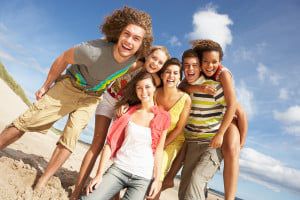 Causing over 4,700 deaths among youths each year, underage alcohol use is a major health problem. In fact, alcohol is the most commonly used and abused drug among American youths. According to the Centers for Disease Control and Prevention (CDC), youths between the ages of 12 and 20 years old drink 11% of all alcohol consumed in the U.S., and more than 90% of this alcohol is consumed in the form of binge drinks.

Binge drinking is especially dangerous among youths. The CDC further reports that youths who binge drink are more likely to experience:

If you don’t think your teen is at risk, you might be surprised. According to the National Institute on Alcohol Abuse and Alcoholism (NIAAA), half of teens have had at least one alcoholic drink by that age of 15 while more than 70% of teens have had at least one drink by the age of 18. The Institute of Medicine further reports that 1 in 6 teens binge drink, but only 1 in 100 parents believes his or her teen does so.

With Spring Break just around the corner, there’s no better time to talk to your teens or underage youths about the consequences of alcohol and the dangers of drunk driving. While it’s easy to think that anything you say will go in one ear and out the other, your teens are listening, both to what you are saying and what you’re not saying, according to Mothers Against Drunk Driving (MADD) and the Substance Abuse and Mental Health Services Administration (SAMHSA).

Not sure how to start? MADD offers comprehensive tips for talking to your teen about alcohol and the dangers of underage drinking and drunk driving. At samhsa.gov, you can even practice through a virtual conversation using SAMHSA’s parent learning tool, Start the Talk.