You are here: Home / News / This Just In: New Oklahoma DUI Bill Passed 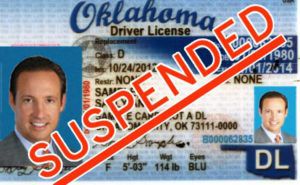 Oklahoma has been kicking out some amazing new DUI bills this year, like a full ignition interlock expansion law that was recently passed. Once signed, the new Oklahoma DUI law will allow all offenders to access interlock devices, no matter if it is their first drunk driving conviction or under other similar circumstances. The law ensures the streets are safer and offenders are able to maintain jobs and other life obligations. The best part is that isn’t the only Oklahoma DUI law change on the agenda this legislative season.

Highlights of the new Oklahoma DUI bill include:

With these new provisions, it will be a lot harder to get around the Oklahoma DUI law and ignition interlock requirement. Oklahoma has been working hard over the past few years to shore up its drunk driving laws, with quite a few growing pains along the way. Now that these bills are ready to be signed into law, the state will join 28 other states that have all-offender ignition interlock laws.